Before you look at these photos of mine, please accept my sincere and humble apologies if you've just finished shovelling snow, or are about to go home to shovel snow, or are feeling guilty because you haven't shovelled snow yet.

These pictures are simply here to give you hope that things will improve for you pretty soon. After all, you live in the 98% of Canada that's better known as "The Great White North", and I don't! :) 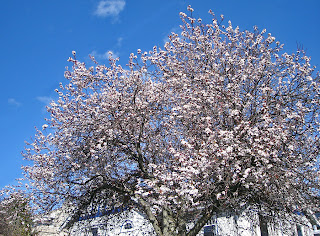 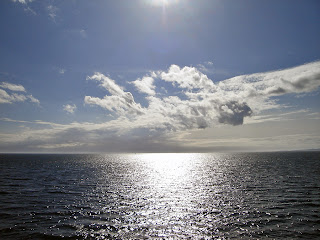 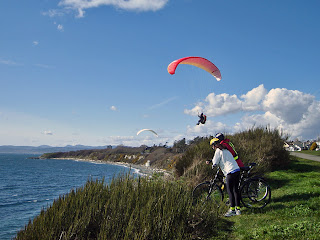 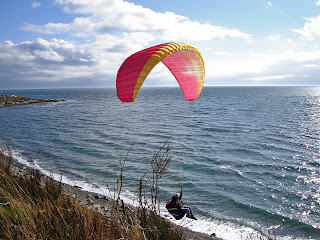 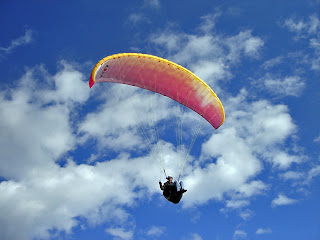 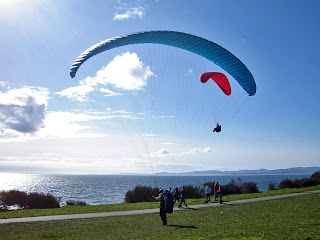 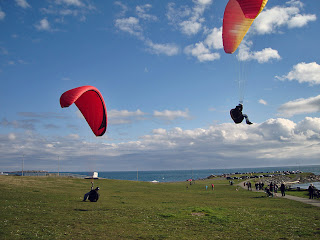 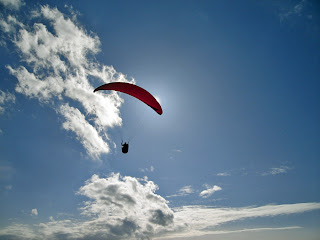 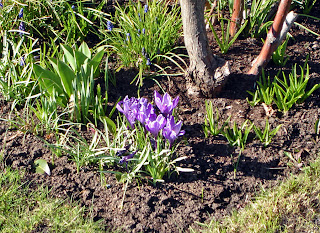 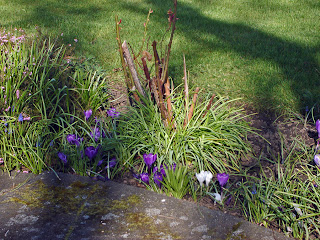 Oh yes, the sun shone all day, and the temperature reached 12-14 degrees, which does wondrous things for the cherry blossoms - by far the nicest day we've had all year! And after all, if you look at a previous post below, you'll see that it did snow in Victoria this winter - for 15 minutes.
Posted by George Wolf at 00:21 No comments:

From Altar Boy to Agnostic to Atheist

When I was about 12, I was an altar boy in Germany and I believed everything I was taught in religion class. When I was in high school in Montreal, we had religious instruction every school day, and we used a series of text books, a little more advanced each year. All I remember today of this series is that the early ones taught that if you died in a state of mortal sin, you would go to hell and that hell was everlasting fire. Well, of course, that was enough to keep anyone on the straight and narrow, or, if you strayed, rushing to confession as soon as possible.

Then, in my final year of high school, the text book suddenly said, hell is not everlasting fire, but rather a sense of overwhelming loss at not ever being in the presence of God. That shocked me - how could my religion teach one thing one day, and something altogether different the next? I didn't hear anyone, of any so-called christian religion, say anything other than that hell = fire until a few years ago I read that Pope John Paul II had said the same thing in a speech (i.e. that hell = sense of loss). But by then I had long ago stopped believing in religion, although I had taken the easy way out by declaring myself an agnostic, not wanting to take a definite position. Basically I contented myself by saying, how can there be a God (all-knowing, all-good, all-powerful) and so much horrendous evil in the world?

But no longer, after a couple recent TV documentaries I decided to do some research into the origins of christianity and also into why human beings even think that there needs to be a God at all who created everything. And after all that, I'm now free to say that religion is "bunk" and I'm an atheist.

If you want to do some research into this extremely important subject yourself - after all, almost everything evil in this world can be traced back to the pernicious influence of religion, there are three books you should read to get a well-rounded view.

First, there's Richard Dawkins' "The God Delusion", a scientific examination of how the universe and our planet came into existence and why there is no such thing as white-haired old man who created it all (regardless of whether he then withdrew and let things develop by themselves, or whether he's out there directing everything minute-by-minute).

Secondly, read Tom Harpur's "The Pagan Christ", a historical analysis of where almost all christian symbology and all beliefs originated (ancient Egypt around 3,000 BCE). This book clearly shows that there was no such real life person as Jesus Christ and that the early (3rd & 4th century) church fathers manipulated and falsified the early writings and even wrote that that was OK, if it meant people believed what they were writing and preaching. The weakness of this book is that the author (a former Anglican priest and theology professor) goes on to say that, even if there was no such person as Jesus Christ, the son of God, and that everything is derived from Egyptian mythology, we should still believe in a mythical Christ. That, of course, is nonsense. Everything human beings need to live a "good" life is containe in "The Golden Rule" (you know - do unto others, etc.)

Third, to top it all off, there's Sam Harris' "The End of Faith" which outlines all the evil that has been done during the past 2,000 years (and counting) by the followers of judaism and the two religions it spawned - christianity and islam, and by hinduism. All four religions claim to be the only true ones, all encourage their followers to kill "infidels" (if you believe what they want you to believe, you have to follow it all, you can't pick and choose). Even the mythical Christ is quoted as saying it's OK to kill non-believers. Check it out for yourself, I'm not making this up.

Only buddhism appears to be a peaceful religion and hence not really harmful. But in the end, an intelligent and confident person, only needs his/her brain to figure out how to live a good and happy life. Human beings really don't need imaginary crutches. Unfortunately, we've been so brainwashed over the centuries that the end of religion is nowhere in sight. But consider this: ever since the end of the dark ages in Europe (starting in the 17th century), intelligent well-educated people have ignored religious myth (whether they were open about it or not) and have relied on their intellects only. I do, and so should everyone in this 21st century!
Posted by George Wolf at 23:53 No comments: