What they're saying about Harpocrisy

“You know, this is probably the real Stephen Harper. That tape is gold for the opposition parties. This is the side of Stephen Harper that Canadians don't appreciate and now we've got it right in our face.”
Jean Lapierre, CTV’s Power Play, September 10, 2009

“By sounding like the caricature of an American Republican who sees socialist plots in his porridge, Harper is ditching his kinder, gentler, blue- sweater image of last year's election and regressing to his Reform Party days.”
Josée Legault, Montreal Gazette, September 11, 2009

“I think the problem here is that it looks like he's in some kind of secret cabal meeting throwing out republican-style red meat words.”
Peter Donolo, CTV’s Power Play, September 10, 2009

“It does sound an awful lot like the Stephen Harper we saw back when he was leader of the opposition, but it's a Stephen Harper that they've tried very hard to make over . . . They basically, I suspect, blew two years worth of image-making out the door with that closed-door video.”
Liz Thompson, CBC News Today, September 10, 2009

“That's political ambition as bloody raw as it gets and seems a poor fit with public anxiety over a politician whose main perception weakness is being seen as too fiercely partisan to trust with the title of majority prime minister, which is western democracy's most powerful position.”
Don Martin, National Post, September 10, 2009

“By embracing such ideologically-tinted language, the Prime Minister is undermining his ‘Don't be afraid, I’m really a Liberal’ strategy of the past five years. Hence the need to deliver this message in secret.”
Gerry Nicholls, National Post, September 10, 2009

“Canadians’ values are more than this…. Mr. Harper is uncompromising, curt, hard. It reveals that other side of Mr. Harper and it won’t help him.”
Michel Auger, RDI, September 10, 2009

“I was waiting in a waiting room full of people around lunchtime, and this tape played on French television, and I looked at the people's faces in that room, and I thought, if the Conservatives ... think they can win the 12 seats they're missing to a majority ... on the basis of anti-separatist rhetoric, they're welcome to try.”
Chantal Hebert, CBC’s At Issue Panel, September 10, 2009

“The Stephen Harper of recent months has been tightly wrapped. The Prime Minister has criss-crossed the country distributing goodies (a bridge here, a stadium there) while mouthing platitudes about ‘laying the groundwork for Canada's long-term future prosperity.’ But thanks to a mole who attended and taped a behind-closed-doors meeting last week, we have been given an unvarnished picture of Harper. It is not a pretty sight.”
Toronto Star, Editorial, September 11, 2009
Posted by George Wolf at 22:25 No comments:

I think before I get back to exposing more Harpocrisy, a few innocent video captures from my upcoming little "travelogue" about the Victoria area are in order, to refresh and calm the mind before the stresses of reading anything about Stephen Harper. ;-)

The first vidcap is of Sidney-by-the-Sea, the last is a detail from the Gate of Harmonious Interest at Fisgard and Government Streets. 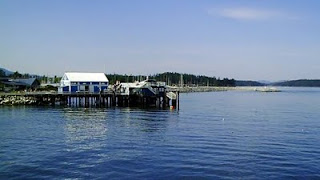 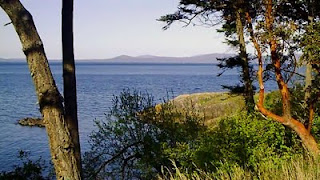 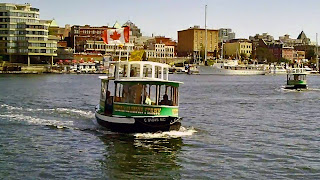 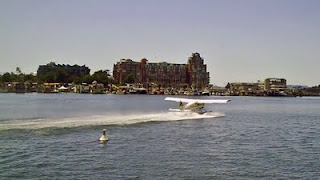 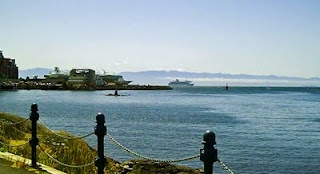 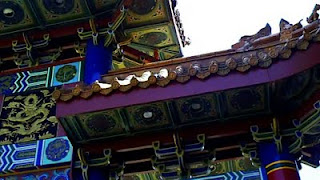