It's THAT Time of Year once again! 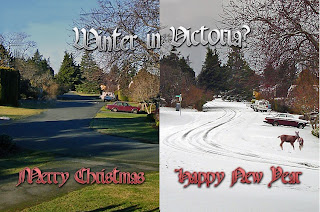 I discovered this gem on YouTube and Vimeo after a seeing report about it on Deutsche Welle TV. You can view it in several quality levels - the best is Full Screen 720p High Definition if your internet bandwidth is good enough. The film is 9 minutes long and has been viewed about 350,000 (as of December 3, 2010).

I dedicate this film to Berlin where I have been living for 19 years now. While the architecture of Berlin is stunningly beautiful, only its inhabitants make Berlin the unique city that it is. In every corner there is something new to discover. And the best thing to do is to film it.

Filmed with my beloved Sony HC9. Edited with Sony Vegas Pro 9.The miniature effect is called tilt-shift, which originates from a particular lens that was used to photograph architecture. The miniature effect is a by-product of that. It can also be achieved by digital postprocessing. Music: “Hungarian Rhapsody No. 2” by Franz Liszt
Posted by George Wolf at 17:25 No comments:

Some Thoughts by one of the few Great Canadian Prime Ministers.

When we see the mediocrity of most Canadian federal and provincial politicians, and when the see the federal government, the (supposed) protector of our human rights, being eviscerated by people who put their own petty provincial fiefdoms ahead of the country as a whole, we should remember this great man whose visions for Canada have only been equalled by Lester B. Pearson, Wilfrid Laurier and John A. Macdonald (despite his alcoholism, bigotry, and corruption). 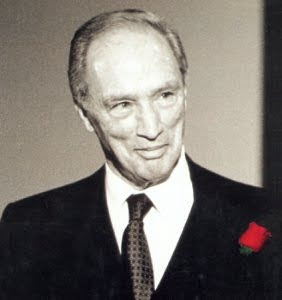 "What a magician this Mr. [Brian] Mulroney is, and what a sly fox! ... In a single master stroke, this clever negotiator has thus managed to approve the call for Special Status (Jean Lesage and Claude Ryan), the call for Two Nations (Robert Stanfield), the call for a Canadian Board of Directors made up of 11 first ministers (Allan Blakeney and Marcel Faribeault), and the call for a Community of Communities (Joe Clark). He has not quite succeeded in achieving sovereignty-association, but he has put Canada on the fast track for getting there."

In a newspaper column Trudeau also wrote: "The federation was set to last a thousand years. Alas, only one eventuality hadn't been foreseen: that one day the government of Canada would fall into the hands of a weakling. It has now happened." He was speaking of Mulroney, of course, but this can be applied equally to Harper, who apart from his insatiable hunger for personal power at the highest level, has no vision for Canada as a country or for protecting it from provincial rapacity.
Posted by George Wolf at 11:29 No comments: