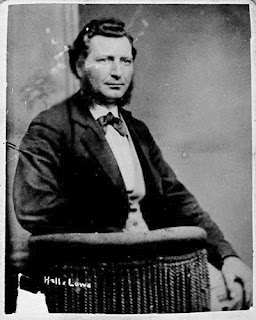 Sir John A. Macdonald, that great paragon of virtue, who was instrumental in upholding Riel's sentence, is famously quoted as saying: "He shall hang though every dog in Quebec bark in his favour."
Posted by George Wolf at 16:38